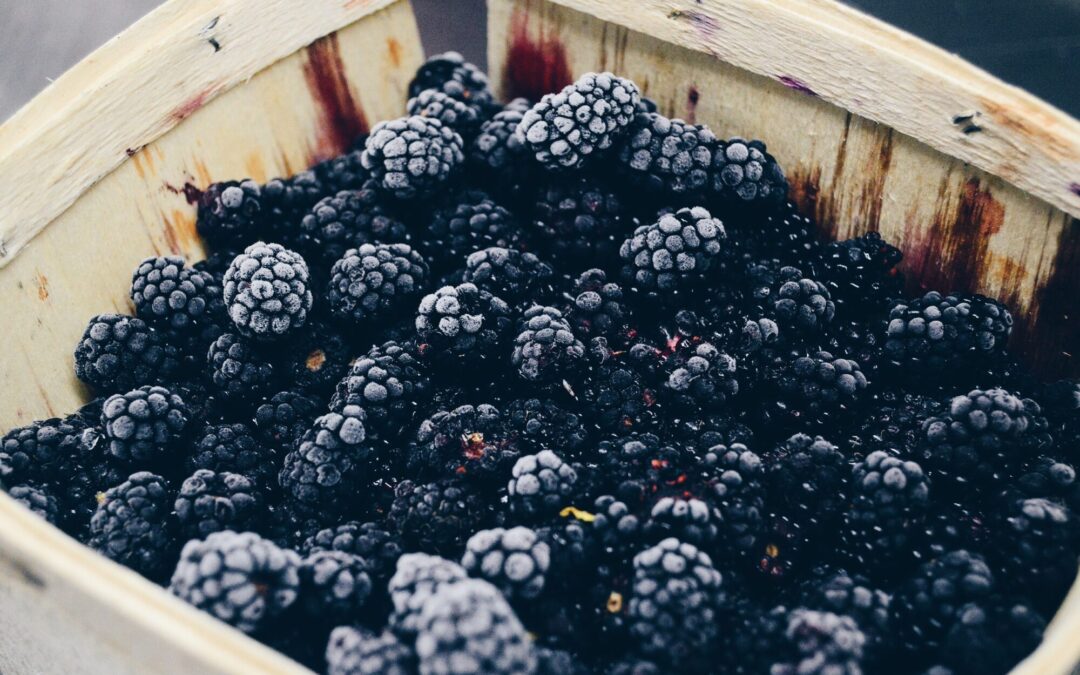 Berries are a special food that range in size, shape, color, and flavor. They are typically small, soft, and round and produce mouth-watering sweet and tart flavors. Berries may be small, but they boast powerful nutrient compositions. Many people are familiar with the idea that berries are high in antioxidants which help to boost the body’s immune function. However, berries contain many other health-promoting properties that are not as familiar to the general public. Here are five surprising health benefits that berries can promote:

In the European Prospective Investigation into Cancer and Nutrition (EPIC) study, the diet and health patterns of over 475,000 people across Europe were examined to assess their association with cancer and other chronic diseases. One key conclusion from the study was that berry consumption was linked to a reduced risk of lung cancer. Subjects who ate one-fifth of a cup of berries, of any type, per day were found to have a 22 percent reduced risk of lung cancer.

Beyond reducing cancer risk, some berries have also been shown to slow cancer progression. Black raspberries, in particular, are impressive cancer inhibitors. Clinical trials with black raspberries have been conducted on patients with Barrett’s esophagus, a precancerous lesion. Results indicated that the black raspberries make the lesion less aggressive and slow the progression of cancer. Because of their health benefits, I aim to eat black raspberries every day. An easy way to consume them regularly is in powder form. I love adding BerriHealth’s Black Raspberry Powder to my morning smoothies.

Seasonal berries like strawberries, raspberries, blackberries, blueberries, and cranberries can boost your body’s angiogenesis defenses. Angiogenesis is the process that our bodies implement to grow and maintain blood vessels. In healthy circumstances, blood vessels are integral to life. They deliver oxygen and vital nutrients to all of our organs. However, when abnormal vessels get out of whack, they can fuel microscopic cancers and create significant issues. Berries help to promote proper angiogenesis function.

Black chokeberries, also called aronia, are small dark-colored fruit grown in North America and Europe. They are packed with polyphenols and have grown in popularity due to their healthful properties. Researchers in Poland have discovered that exposing individuals to chokeberry extract could protect their stem cells against stress while also working to regenerate blood vessels.

Speaking of stem cells, consuming black raspberry powder (like the one I mentioned previously) has also been shown to boost stem cell levels. Researchers at the Korea University Anam Hospital in Seoul found that in a study analyzing the effects of berries in fifty patients with metabolic syndrome, those that consumed black raspberry powder daily for twelve weeks had a 30 percent increase in their circulating endothelial progenitor cells. This is noteworthy because these cells play a significant role in the regeneration of the endothelial lining of blood vessels (among other functions).

Goji berries contain zeaxanthin – a bioactive compound called a carotenoid (the same one found in abundance in carrots). Zeaxanthin is important for eye health because when it is consumed, it accumulates in the retina, the layer in the back of the eye where light is sensed and relayed to the brain. The powerful carotenoid can help to protect the eye against age-related macular degeneration, which is a harmful blinding condition.

100-percent berry juice is another product that I try to consume regularly. A study conducted at the University of Kaiserslautern in Germany gave 18 healthy male subjects a mixed berry juice daily for six weeks. Results showed that drinking the berry juice significantly increased DNA protection by 66 percent, which was seen just one week after starting juice consumption. When the juice intake stopped, the protective effects wore off and the level of DNA damage increased to previous levels.

The takeaway here is that you should be adding a variety of berries into your diet every single day. I highly recommend adding a high-quality black raspberry powder into your daily regimen, like the one from BerriHealth. *Please know that this is not a promotional post and I only promote products that I fully stand behind and use myself.