Fish and Omega 3: Are they Key to Longevity? 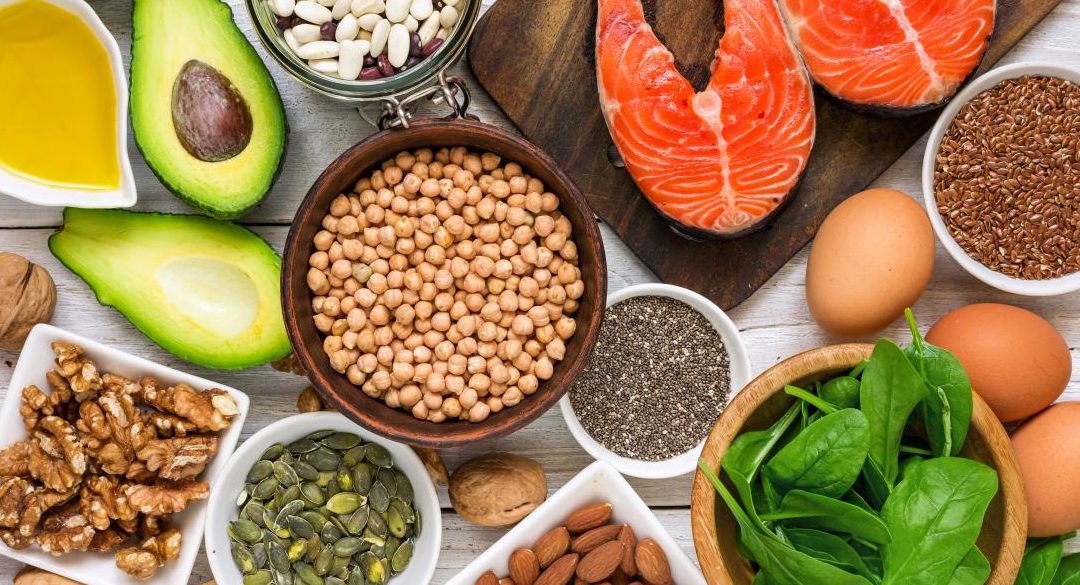 Eating fish has long been recommended as part of a nutritious diet. Rich in high-quality proteins, vitamins, and healthful oils, fish and seafood are widely considered to be a healthful choice. They are also a key feature of Blue Zone and Mediterranean diets, which have been linked to increased longevity.

The contamination of our oceans and resulting mercury absorbed by fish have given many of us an understandable cause for concern when it comes to consuming seafood. The question is: how can we reap the benefits of seafood while also avoid possible contaminants?

The health benefits are clear.

Fish, and fatty fish in particular, are a rich source of omega-3 fatty acids – essential dietary fats called PUFAs – that offer us multiple health benefits, including a longer life.

A 16-year study of 2,692 senior adults done in 2013 by the Harvard School of Public Health and the University of Washington concluded that a diet rich in fish actually predicts longevity. In fact, participants whose blood showed high levels of omega-3 PUFAs lived an average of 2.2 years longer than those without high levels of PUFAs in their blood. High levels of blood omega-3s were also associated with a 27 percent decrease in overall mortality risk, and with a 35 percent decrease in the risk of mortality from heart disease – highlighting just how beneficial the omega-3 fatty acids can be for our health.

One specific omega-3 — known as DHA — was associated with a 40 percent decreased risk of dying from coronary heart disease, and was particularly associated with a reduction in death caused by arrhythmia (irregular heartbeat).

Scientific evidence has shown that a high intake of total omega‑3 fatty acid is healthy, but there are actually three main forms of this fat that are associated with health benefits, and not all of them come from fish.

Fish, seaweed, and algae can provide DHA and EPA fatty acids while good sources of ALA omega-3 fatty tend to be plant-based foods, such as nuts and seeds.

Some of the best plant-sources of ALA include:

It’s not just the omega‑3 PUFAs that play a role in generating health, but the ratio between omega‑3 and another group of fatty acids called omega‑6.

For cancer protection, researchers have found that the higher the overall intake of marine omega‑3 in the diet, the greater the benefit. In contrast, higher omega‑6 PUFA consumption in relation to omega‑3 PUFA (the omega 3:6 ratio) is linked to unhealthy inflammation and an increased risk of disease.

Those who follow a Western diet (a diet high in processed, fried, and fatty foods) are typically eating way too much omega-6 relative to omega-3s, which can lead to serious health problems. Foods high in omega-6 PUFA include vegetable oils like palm oil, soybean oil, rapeseed oil, and sunflower oil, and also any foods – including fish – that have been fried or processed. It can also include fish that isn’t wild-caught.

Wild fish get their omega-3s from aquatic plants. If the fish is farmed, then it will often be raised on a diet of corn, soy, or other feedstuffs that contain little or no omega-3s. This unnatural, high-corn diet also means that some farmed fish accumulate unhealthy levels of the wrong fatty acids.

This is why where our fish comes from and how it’s prepared play an important role in determining the omega 3:6 ratio. Fish that has been farmed or fried in oil will not provide us with the same health benefits as fresh-caught, grilled or steamed fish, if any benefits at all.

Omega‑3 PUFAs have been shown to have antiangiogenic activity and large population studies have found an association between seafood intake and a reduced risk of cancer.

For example, the Singapore Chinese Health Study examined the health of 35,298 women and found that eating three ounces of fish or shellfish per day was associated with a 26 percent reduced risk of breast cancer, while the EPIC study showed that eating three ounces or more of fish daily was associated with a 31 percent decreased risk of colon cancer.

The benefits of fish extend way beyond cancer prevention.

In the Women’s Health Study of 38,022 middle-aged women, Harvard researchers found that those who consumed one or more servings of fatty fish per week over a ten-year period had a 42 percent decreased risk of developing age-related macular degeneration (AMD), which is the most common cause of vision loss among people aged 50 and over.

Meanwhile, a large meta-analysis involving 128,988 people across eight different studies in Iceland, the Netherlands, United States, and Australia showed that eating fish, ranging in frequency from less than once a month to three to four times per week, was associated with a decreased risk of AMD by 24 percent.

While they are delicious, the danger with eating tuna, swordfish, bluefish, and other large fish high up on the food chain is that they often contain high levels of mercury.

The advice given to pregnant women, nursing mothers and children is different.

Consuming fish and shellfish that contain high levels of mercury can cause adverse effects on an unborn baby or young child’s developing nervous system. Therefore, the EPA and FDA recommend that women who may become pregnant, pregnant women, nursing mothers, and young children should avoid fish with high levels of mercury and only consume fish and shellfish that are lower in mercury.

So, while the non-susceptible among us are generally safe to consume these types of fish in moderation; the FDA states that susceptible groups should not consume the following large fish:

How to choose the healthiest sources of omega-3.

Fatty fish should not be an optional food if your goal is better health, but the fresher your seafood – the better!

If you live along a coast, you’re probably eating extremely fresh seafood already. But, even inland folks can buy seafood that has been flash frozen at sea. This captures the beneficial omega‑3 fatty acids, which are still present when the fish is thawed at home.

To help you navigate the assortment of seafood you encounter at the market, I’ve compiled a list of frequently encountered seafoods based on their level of omega‑3 PUFAs and their common appearance in markets and on restaurant menus. To generate this list, I surveyed the world’s top fish markets, restaurant menus, and fisheries sustainability charts, then cross-referenced items with reputable databases for nutrient composition across eight countries to extract information on the products with the highest levels of omega‑3 PUFAs (EPA + DHA) per 100 grams of the seafood.

Here are the top selections for seafood with antiangiogenic omega‑3s:

A note on tilapia.

This domesticated freshwater fish is found on many menus, and its white flesh has a mild flavor, but there’s a hidden downside. Tilapia has a high ratio of omega‑6 to omega‑3 PUFAs, making it a less-desirable fish from a health perspective.

Fried fish is not the answer!

The aforementioned health benefits of fish do not apply to fried fish.

While studies have among men showed that the consumption of fried fish had no impact on mortality risk; among women it has been a different story. Higher consumption of fried fish has been linked to an increased risk of cardiovascular mortality, respiratory disease mortality, and overall mortality in women, and probably for a number of reasons. For instance, frying the fish creates trans-fatty acids and also increases the energy density of the end product, both of which could potentially undo any good work that omega-3s carry out.

Do I have to get my omega-3 from fish?

Eating a variety of omega-3 sources is important. Fatty fish is an excellent dietary source of omega-3 but you can also meet your recommended omega-3 intake by eating plant-based foods, including omega-3-rich seaweed, algae, nuts, and seeds.